Executive Message From Our Chair 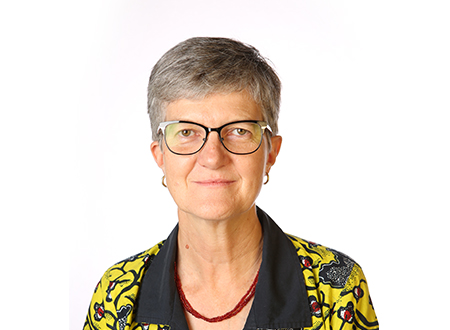 Kyeema is about to enter its twentieth year of operation and what a journey it has been; one built on an exceptional commitment to working with communities to build stronger, more resilient futures and highly valued inputs by our dedicated team of staff, volunteers, and supporters.

I’d like to share a significant contribution made by Kyeema during its first two decades to livestock research and development in low- and middle-income countries (LMICs). For many decades, animal health services focused on ruminant health and production, especially cattle which are usually owned and managed by men.

In most LMICs, government veterinary services coordinated and implemented animal health vaccination campaigns and delivered free vaccination to farmers using a pre-determined calendar and vaccinated as

many animals as funds would allow, rather than aiming to achieve effective levels of herd immunity.  Results of government-managed, free vaccination campaigns are frequently less than optimal.  In the early 2000s, there was a recognition that inadequately funded animal health services could not effectively control Newcastle disease (ND) in family poultry and a belief that farmers would be willing to pay for a vaccine that met their requirements. These two points underpinned the introduction of ND vaccination campaigns implemented via fee-for-service by women and men community vaccinators in Mozambique, which was ranked as the lowest country on the UNDP Human Development Index at the time.

Today, the program continues to deliver safe and potent thermotolerant vaccine to smallholder households who are willing to pay to vaccinate their chickens at the fee approved by the Directorate of Veterinary Services and has been found by independent economic analyses to have significant economic benefits for small-scale poultry producers.  In collaboration with National Veterinary Services, Kyeema has supported adaptation of this cost-sharing model developed in Mozambique for use in Ethiopia, Malawi and Tanzania. In Ethiopia, Kyeema has trained private sector veterinary vendors (i.e. veterinary input suppliers) to train and collaborate with men and women community vaccinators in their area. In addition, Kyeema has supported several other African countries to produce quality-assured thermotolerant I-2 ND vaccine developed at The University of Queensland.

Kyeema’s inclusive and participatory manner of working with national governments, the private sector and rural communities has played a crucial role in developing and implementing this model which has strengthened animal health sovereignty in partner countries.

Of course, Kyeema has supported many other activities over the years, including: supporting disease control efforts by national governments and the Food and Agriculture Organization of the United Nations in Southeast Asia during the avian influenza H5N1 pandemic; commencing work in the Pacific with a focus on improving community resilience through improved indigenous chicken production and coral reef restoration; and supporting interns across a wide range of settings, giving them a strong start in their international development careers – we are proud of all that they have done and continue to do.

A tribute to our outgoing CEO

This past year has seen the end of an era with our first Chief Executive Officer, Celia Grenning, retiring in May 2022. It is impossible to adequately acknowledge Celia’s dedication to the Kyeema team and the communities with whom we work.  Her significant knowledge of international development, management skills and boundless enthusiasm have been the glue that has facilitated Kyeema’s growth. Fortunately, Celia is not lost to Kyeema as she continues to provide part-time support to our hard-working teams in Brisbane and in partner countries. 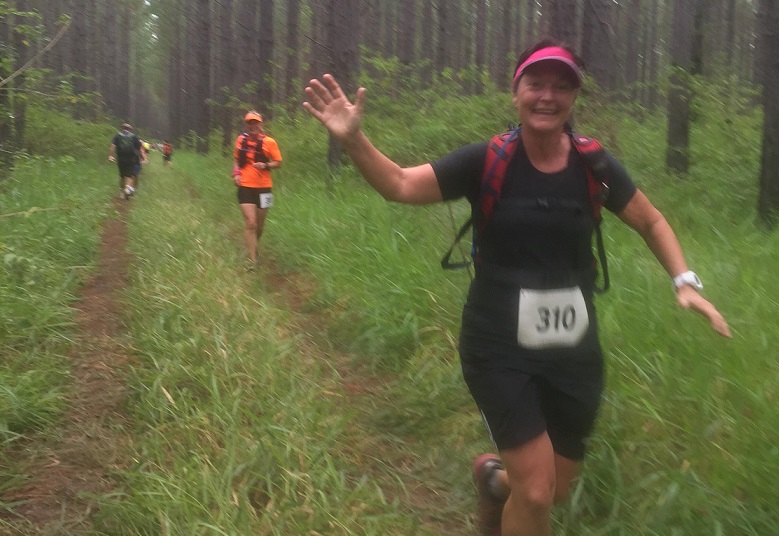 Celia on one of several running events she has endured as a fundraising initiative for Kyeema.

Over the past two decades Celia has overseen several key milestones for Kyeema, managing her time as volunteer CEO and working hard for much of the time with volunteer Senior Technical Manager, Dr Mary Young, to see a better life for underserved rural communities. Starting with initial registration as a Company limited by guarantee (2003) and recognition as a charitable institution with the Australian Securities & Investments Commission in 2005 (later with the Australian Charities and Not-for-Profits Commission when it was set up in 2012), she secured funds from DFAT (then AusAID) and also Palladium (then GRM International) for Newcastle disease (ND) control activities in Mozambique, Malawi and Tanzania. In 2009 she secured funds through AusAID for an expansion of the ND control activities in Southern Africa (2009-2016).

As the organisation grew, she helped achieve Kyeema’s registration in Mozambique (2007) and Ethiopia (2020) and secure significant ongoing partnerships with organisations in Mozambique, Malawi, Ethiopia and Papua New Guinea. She saw the need for Kyeema to adapt, so worked toward a plan for growth, enabling the first paid staff members in Australia and setting good systems and practices in place with the team to achieve DFAT base accreditation in 2019. Her final legacy move as CEO was securing Kyeema’s first corporate partnership with Palladium to manage three funds for impact (2020) and lead the strategic planning process for the 2021-2026 period to enable an expanded strategic direction.

When one era ends, a new era commences. We are delighted to welcome Anthony (AJ) Carrigan as our new CEO and are grateful for his passion for the principles that guide Kyeema’s activities and enthusiasm for supporting our wonderful team and partners across such diverse endeavours and geographies. In our increasingly complex and challenging world, we look forward to working with AJ and all involved with the Kyeema family to deliver sustained, positive change.