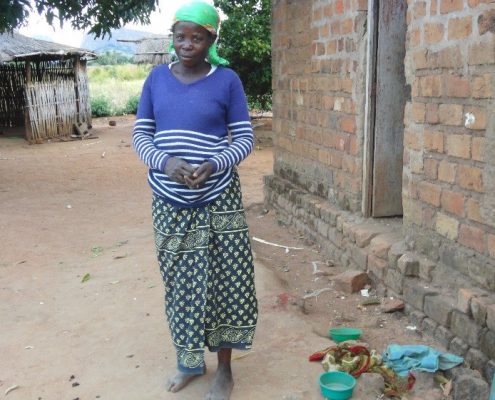 “My flock has increased from 8 to 36 chickens”.

Joaquina is from Nioce village, in Malema district, in an area covered by the vaccinator Amelia Andre. Since she started vaccinating one year ago her flock has increased from 8 to 36 chickens. This year she sold 5 chickens and ate 3 chickens for an important ceremony. Since she started vaccinating in July she hasn’t missed any vaccination campaign and up to now she has not had mortality in her flock. Before the chickens used to die very often with signs of “Chitopa” or Newcastle disease. During the last vaccination campaign, when she paid the vaccinator, he did not have change and so she has decided to pay in advance for the July vaccination campaign. July is usually the critical month because when the mango trees start to flower, the disease appears and kills lots of chickens in her area.