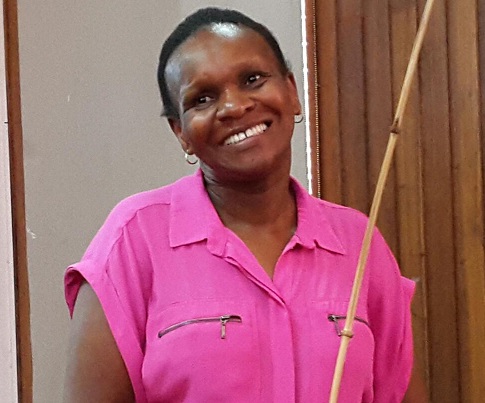 “I practically followed the birth and growth of Kyeema Foundation, and became passionate not only for the work that Kyeema does but also for the seriousness and professionalism of the team.”

On this International Women’s Day, Kyeema is celebrating one of our female leaders by featuring Dr Rosa Costa’s journey as an African regional female leader and leading the Mozambique Kyeema team.

Dr Rosa became a member of the Kyeema Board in December 2015 and is a current member of the Program Monitoring and Evaluation (PME) Sub-committee of the Board. Dr Rosa is also the Africa Regional Manager for Kyeema.

At Kyeema we believe in gender equality, supporting and empowering women in leadership today.  We are delighted to share Dr Rosa’s story with you.

Thank you to Dr Rosa.

What inspired you to pursue veterinary science as a career?

I never really dreamed of graduating as a Veterinarian. I always wanted to do medicine.  I can say that I was almost forced to study veterinary medicine.

With the independence of Mozambique in 1975, there was a great exodus of Portuguese technical and administrative staff, who had been entrusted with the administration and management of public administration and other services. Consequently, the new Mozambican state, had as one of the great challenges ahead, the lack of staff for economic and social areas. Thus, in February 1977, the government defined the need for rapid training of staff for all sectors of social and economic life, as a way of ensuring the normalization of life across the country. The question that arose was where to get these people to be trained. Thus, the students who were to continue their studies, in the 10th and 11th grades, were given tasks in various sectors of activities. Some went to technical-professional education, others to the Medium level Pedagogical Institutes, distributed throughout the national territory and a small percentage went to higher education, distributed by courses deemed priority at the time. That’s how I went to the Veterinary Medicine Faculty. During the first year, I cried almost every day and wanted to change the course, but I was not allowed because the vacancies were all filled. Then I conformed and when I started to exercise, I learned to like it.

You were quite senior in the Mozambican government structure before joining Kyeema. How did you reach your level of success and what motivated you?

At the time, as most of the teachers were Portuguese and Cubans, there was a need to have Mozambican teachers. Therefore, the best students were selected to became teachers. I refused because I didn’t want to be a teacher. As a punishment, I was placed in a remote district in Sofala province, the central part of the country. Lucky for me (in quotes) the district was attacked, few months later and I had to be evacuated to the provincial capital. At the time there were still some veterinarians trained in the colonial period and with a lot of experience. I learned a lot from them. In 1984 I got married and moved to Maputo where I started working at the central vet laboratory with a pathologist who was my teacher at the university. She actually taught me to like pathology and I decided to continue my studies in that area.

What are some of the challenges you had to face as a woman in leadership?

During the university studies, all the students were obliged to live in the same place, called “centro 8 de Março” and we had military-political training. For the instructors there were neither men nor women. We all had to do the same exercises during the trainings, which in a way gives us a certain confidence in ourselves. This helped a lot along my journey particularly, in our society where at the time, the pool of women that were qualified was quite small. But even so, you always have that male colleague that likes to play pranks to see what my reaction would be. And when they saw that I would not be shaken, they gave up. As woman we have to make more effort to assert ourselves as professionals and as leaders. This forces us to study hard and to be more dedicated.

I practically followed the birth and growth of Kyeema Foundation, and became passionate not only for the work that Kyeema does but also for the seriousness and professionalism of the team.

Is there any particular woman in leadership you look up to?

I got inspired by a lot of women who can make things happen, create a difference, take risks, overcome challenges… I admire the persistence, tirelessness, passion and dedication of the Kyeema’s women team. Kyeema started with a small group of experts and today it is a solid NGO with a recognized reputation. It is true that in the group there are also men but they have dedicated so much time, effort and passion to Kyeema!