Food insecurity and antimicrobial resistance: is the “perfect storm” forming in low- and middle-income countries?

The State of Food Security and Nutrition in the World (SOFI) is a collaborative effort of FAO1, IFAD2, UNICEF3, WFP4 and WHO5 to monitor the progress made towards ending hunger. In 2018, SOFI announced that 821 million – or 1 in 9 people in the world – do not have enough to eat. This number has grown in the past three years and might keep on rising.

In rural areas where undernourishment is a significant problem, livestock represent a primary asset to tackle food insecurity. The wellbeing and productivity of these animals, therefore, is vital for the livelihood of these communities. A recent review by a multidisciplinary American public and veterinary health group, however, made a concerning finding; striving for animal health and productive performance in these settings can result in antimicrobial misuse. The limited monitoring of pharmaceutical drugs for humans and animals, limited veterinary services, and widespread food insecurity found in low- and middle-income countries (LMICs) may result in a “perfect storm” of undernourishment and superbugs. A transversal One Health commitment to educate and inform these communities, reduce their food insecurity, improve their livestock husbandry, and monitor the responsible use of antimicrobials in human and animal health practices is critical to prevent a disaster that is already on the horizon.

Undernourishment and poverty remain dominant health and social issues in rural areas of LMICs. According to SOFI, climate change and the forced displacement of people due to armed conflicts are the main threats to food security in these settings, which also severely undermine the livelihood and income of small-scale food producers. These phenomena also inflate the prices of agricultural goods, hitting the rural poor who are usually food producers, not buyers. The SOFI members have called for further investment in rural areas to increase the productive scale of the agricultural and livestock systems and to promote innovation and connections with markets as a means to alleviate poverty and undernourishment.

Pharmaceutical misuse is not exclusively linked to intensive systems, though. The dispensing of antimicrobials in small-scale systems can be common in some settings. Chicken production systems, which play a crucial role in alleviating poverty, food insecurity and reducing gender gaps in rural settings of LMICs, might be particularly sensitive to pharmaceutical misuse. For instance, a study from Bangladesh reports that veterinary officials seem to focus on large animals, leaving the chicken producers with less formal animal health assistance which usually results in inadequate antimicrobial prescription. Other types of pharmaceutical misuse in this country include dispensing contraceptive pills to chickens to treat Avian Influenza and Newcastle disease. The problem, however, is global. The administration of penicillin, tetracycline, sulfonamide, trimethoprim, enrofloxacin, doxycycline, among other antimicrobials, has been extensively reported in small-scale chicken systems of Latin-America, Africa and Asia.

While rigorous epidemiological data remain limited to estimate the attributable fraction of antimicrobial resistance in humans due to antibiotic use in small-scale livestock systems, behaviour and closeness between people and their animals may drive and facilitate the exchange of resistant pathogens. Low-cost husbandry practices aimed to protect livestock in food insecure settings (e.g. allowing chickens to sleep in baskets under the bed) may contribute to emerging antimicrobial resistance in these settings.

By Juan Pablo Villanueva Cabezas, guest blogger at KYEEMA’s Village Talk blog and Research Fellow in One Health at the Peter Doherty Institute for Infection and Immunity, University of Melbourne. 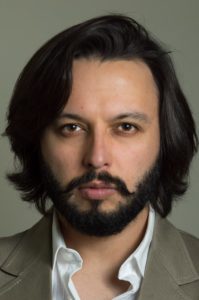 Avoiding the coexistence of undernutrition and antimicrobial resistance must become a priority. Animal and human health providers in LMICs need to be trained to ensure evidence based-prescription of antimicrobials. Also, less formal animal health providers in rural settings (pharmacy seller, village healers) should receive lay language instruction about the risks of continuous and unregulated use of antimicrobials in animals and humans. It is also important that manufacturers conform to a responsible production and distribution of antimicrobials in these settings. A monitored access to these pharmaceuticals by the general population should complete the strategy.

Proper husbandry is an effective way to have healthy and productive livestock. Husbandry training should emphasise the importance of best hygiene practices to reduce environmental contamination, disease transmission and minimise the need for antimicrobial use. Good farming should be promoted as the most effective way to reduce “prophylactic” use of antibiotics, their misuse as growth promoters, and redirect the expenses associated with these pharmaceuticals towards other household needs. 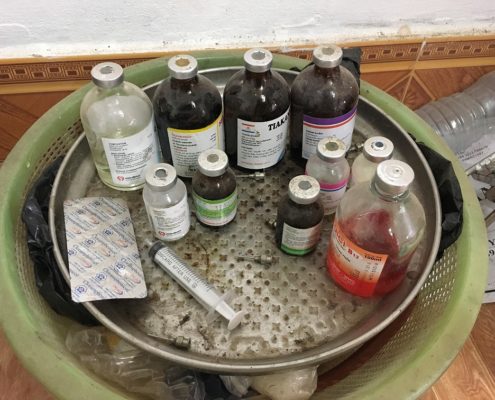 Vaccination of livestock in these settings should be a primary strategy to reduce antimicrobial misuse; however, most vaccine formulations still depend on strict cold chains which pose a significant limitation. Fortunately, vaccine technology is moving forward and thermotolerant formulations have made possible its use in less equipped settings. Vaccines may prevent infection or reduce the shedding that leads to a further spread and environmental contamination. If adequate vaccine coverage exists, unvaccinated animals will also benefit from the intervention. Adequate access, promotion and use of vaccination should be encouraged as a critical intervention that ensures livestock’s health and performance.

Undernourishment and antimicrobial resistance are problems that have been approached by different scientific silos for many years. However, they are pieces of a complex puzzle that demands a comprehensive and collaborative effort – a One Health approach that could result in positive change in multiple dimensions.